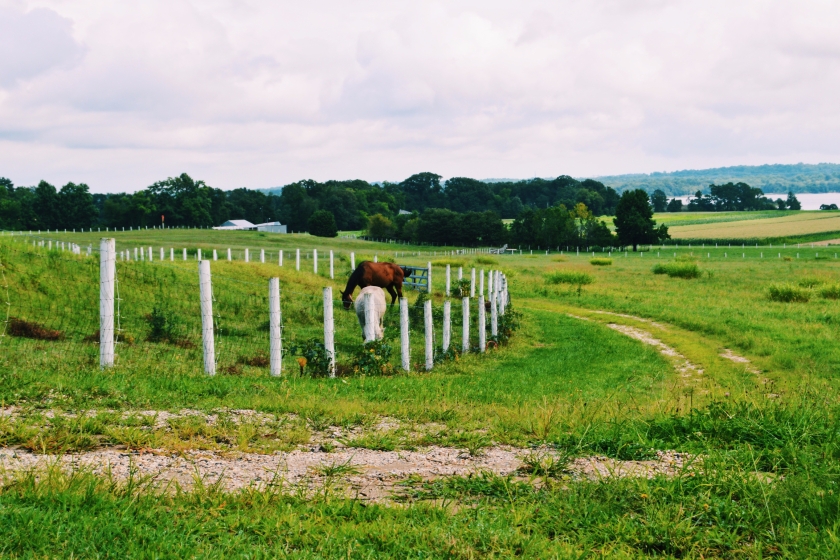 How do history and agriculture combine to influence taste and memory? This is the question I explored during an interview with Franklin Robinson at Serenity Farm. Located in Benedict, Maryland, Serenity Farm retains a rich and colorful history that dates back to some of the earliest American settlements. First documented by John Smith in 1608, the farm has passed from various families and various generations, including the Smiths. Franklin’s family has owned the property since 1965. Until the early 2000’s, the farm was primarily devoted to growing tobacco until the Tobacco Buyout, a voluntary program that encouraged farmers to convert their land for alternative agricultural development. Largely due to a change in cultural perceptions of cigarette production and consumption, the Tobacco Buyout provided an invaluable incentive for farmers to sustain an agrarian living during their transition from tobacco growers. While it faced significant resistance from farmers who profited substantially from tobacco production, it did provide some security for families like Franklin’s who were innovative in their approach to convert to sustainable growers. Currently, the Robinson’s raise grass-fed beef and pork, and grow a variety of crops like potatoes, corn, tomatoes, beats, and squash—crops that are native to the Southern Maryland region.

What also differentiates Serenity Farm is their pioneering of agritourism within the Southern Maryland community. As mentioned, the farm passed among many historical families many of whom retained the land for several generations. Not only is this important in a historical context, but it also helped shape the Robinson’s notions of food and taste. When talking with Franklin, we quickly turned to memories of his grandmother’s cooking which prompted nostalgia of both Franklin’s childhood and, more broadly, prior perceptions of agrarian life. We talked at length about the importance of agritourism, which is not only to educate people more about where their food comes from but to also foster a gentler populace. To Franklin, food is indicative of much more than mere sustenance; it’s a transmission of memory and culture. When remembering his grandmother, he fondly recalls that no one left her house hungry, a notable representation of Southern Maryland hospitality. Her recipes drew from indigenous meat and produce that were complimented by simple seasonal ingredients. Cooking with native ingredients was not a cosmopolitan notion but rather an inherent one, a practice that has been challenged historically by industrialized eating practices and standardized taste. Thus, previous ways of cooking and agrarian life have become situated in retrotopic memories. 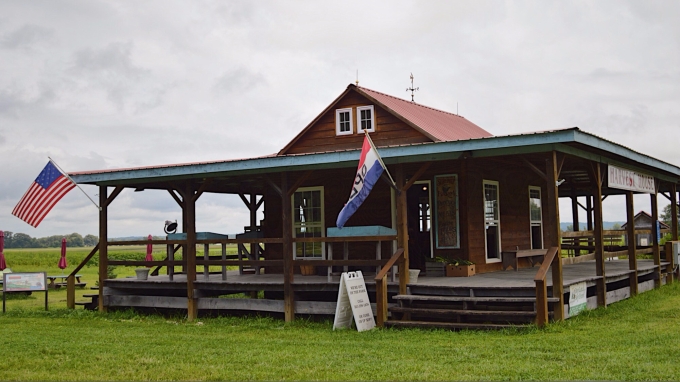 These ideas of honoring the land and leaving with more than you came with are precisely what Serenity Farm hopes to replicate with its agritourism initiatives. Targeting mainly educational and service-based organizations, many of these programs hope to inspire a new generation of farmers and teach a newfound appreciation for working the land. Looking forward, Franklin hopes to expand efforts of both food and historical education. While he believes that changes in zoning laws are necessary to making farming a more accessibly way of life, he is hopeful that community initiatives can continue to inspire locally-based agricultural education as well as help cultivate more awareness about food sourcing.

Moreover, the historical context of the farm has also provided incredible insight into slave culture through archaeological digs. Found primarily by chance, over twenty-three slave burial mounds were discovered when a tornado uprooted a large tree and revealed a multitude of grave sites. Through methods of isotopic analysis, many of these grave sites provided crucial insight into African American history and provided many lost narratives to prior slaves of the land. As part of the War of 1812 Trail, the farm is dedicated to preserving the controversial and often forgotten slave history of the Southern Maryland region. While the current agricultural landscapes are drastically changing, Serenity Farm upholds efforts to remember the violent American agrarian past by paying homage to this history. When wandering the grave sites, Franklin mentioned that he often finds cowry shells—an icon of symbolic spiritualism that serves as a reminder of a forcibly-erased past, which Serenity Farms hopes to in part recover. With so much influence on modern American foodscapes, slavery’s influence on cultural perceptions of taste and collective identity warrant an area of immense exploration. Additionally, how has this history shaped the outlook and demographic of production methods of modern agricultural landscapes?